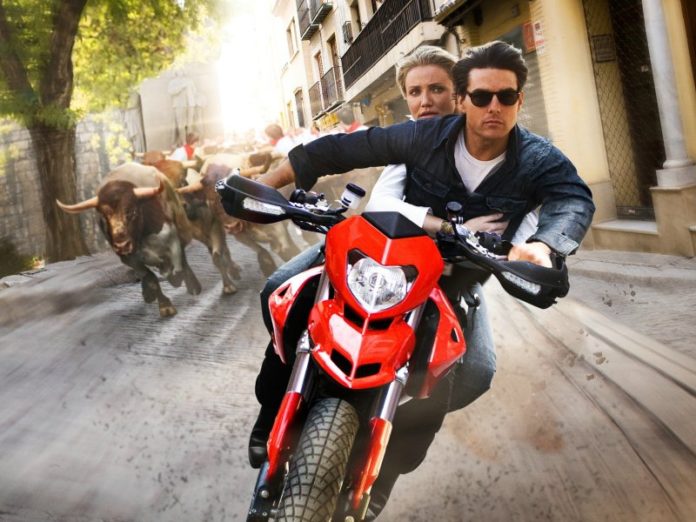 We hear about celebrities doing their own stunts all the time, but few are brave enough to attempt their own high-speed car driving stunts. Reaching top speeds and performing some of the most challenging and daring stunts is quite the show of character and something only the most daring of actors choose to do. Here is a list of our top 10 favorite celebrities that put their safety on the line to perform the coolest and craziest car stunts on screen. Some legend actors you already know and love, others will surprise you. 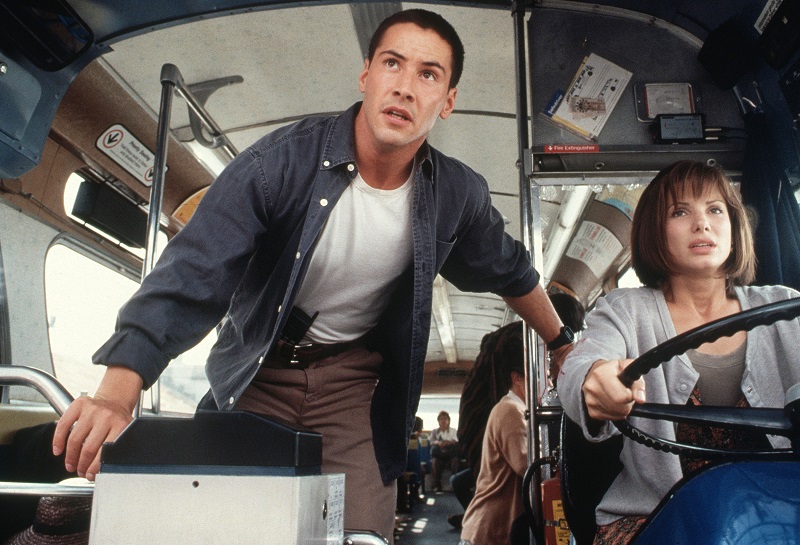 This is one stuntman that doesn’t like to brag about his extraordinary achievements. Keanu Reeves rose to fame in the 90s for his impressive and thrilling performance in Speed, the 1994 action thriller. This movie featured one stunt in particular by Reeves that had us all biting our nails and sitting on the edge of our seats in anticipation: his jump from a moving Jaguar into a moving bus. In order to accomplish this stunt, Reeves trained in secret surprising all of the cast and crew with his awe-inspiring performance. Plus, let us not forget his other extraordinary accomplishments in The Matrix series and his more recent phenomenal action-packed stunts in John Wick and John Wick 2. 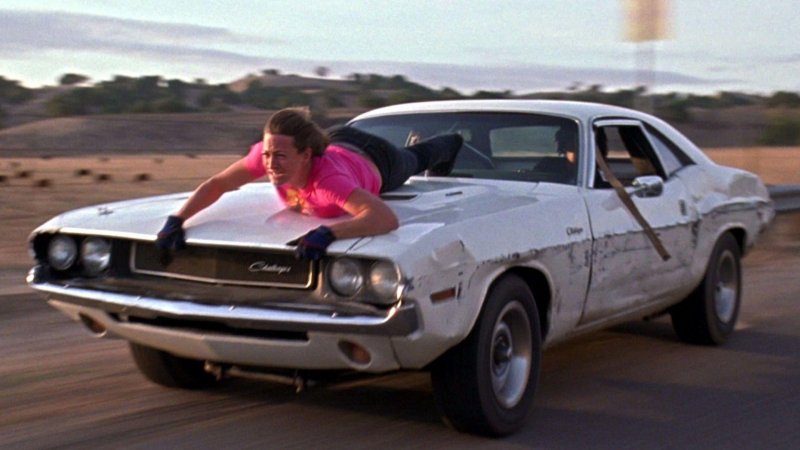 Did you know that Zoë Bell was Uma Thurman’s stunt double in Kill Bill and Lucy Lawless’ stunt double in Xena: Warrior Princess? Well, on top of playing a role in that iconic stunt-filled flick, she also featured as one of the leading lady’s in Quentin Tarantino’s movie Death Proof. Tarantino wanted a leading actress that could handle all of the stunts he could imagine, and not only did Bell perform all of her own stunt driving, she also performed that jaw-dropping scene where she clung to the hood of a fast-moving Dodge Charger.

If you are surprised by this celebrity stunt driver, you won’t want to miss number six. Now there’s a female stunt driver you would never have guessed did her own stunts. 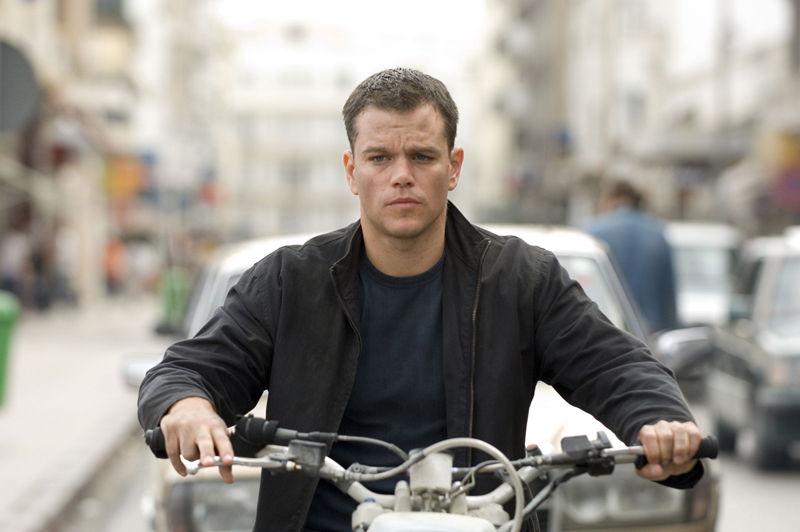 Matt Damon’s A-list career began long before the Bourne films, but his dive into the world of stunt driving began with the trilogy. Damon managed to handle some of the driving in all three action films on his own, he also performed quite a few of the underwater scenes. Considering he is one of the highest-grossing actors of all time, Damon could very easily afford himself a stunt double. Which is why it is all the more impressive that he chose to tackle the difficult car stunts himself and created some inspiring stunt driving footage. If you are not familiar with the Jason Bourne film franchise, we suggest you start watching. Somehow, knowing Damon performed some of the stunts, makes it all the more impressive and entertaining to watch. 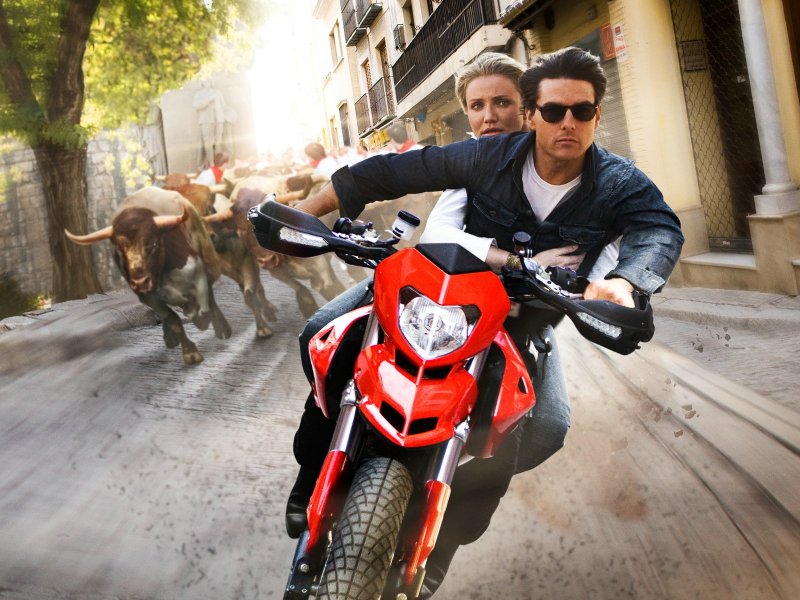 This romantic-comedy actress is guaranteed not to have been on your list of stunt drivers. But, Cameron Diaz is in fact just as much a fan of performing her own stunts as her leading male counterparts. When she partnered with Tom Cruise – a well-known stunt lover – in Knight and Day, Diaz performed all of her own stunt driving. So, when you watch her character spinning cars and straddling speeding motorcycles in the movie, we are happy to report that is all her. We don’t know about you, but we have a whole new appreciation for the celebrity darling after hearing this. This is one instance of first-impressions being deceiving, as this is one female actress as committed to excellence as the top action stars. 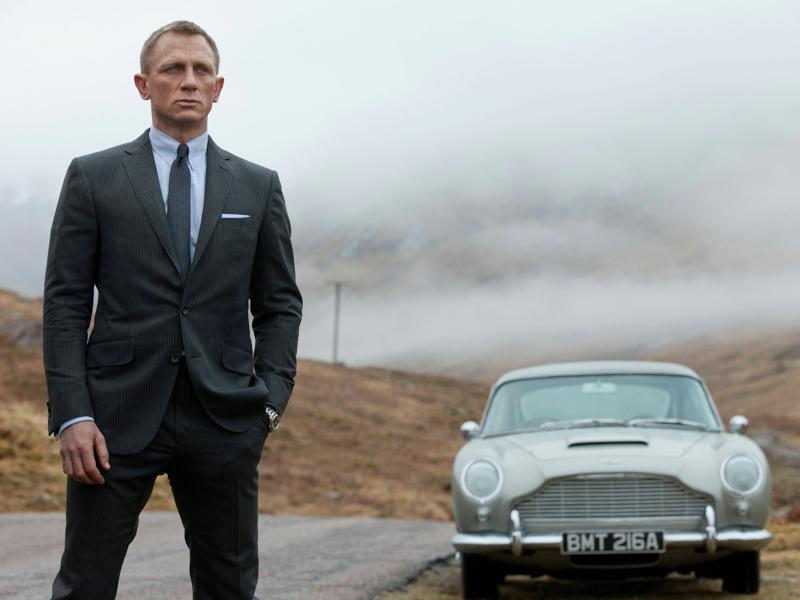 It seems only fitting that the man who played James Bond, who jumped off roofs and performed the impossible should also handle sports cars at top speeds. Though he has attempted some impressive stunts, surprisingly Craig doesn’t like to brag about his daring achievements. He is always quick to give the toughest stunts performed by professional stuntmen all the credit. A car buff himself, Craig has commented on how he enjoyed getting taught to drive by industry professionals and what a thrill it all was. A gentleman as well as a thrill-seeking action star, a true James Bond in life and character.

If you love celebrities that love their cars, you definitely won’t want to miss number seven on this list! 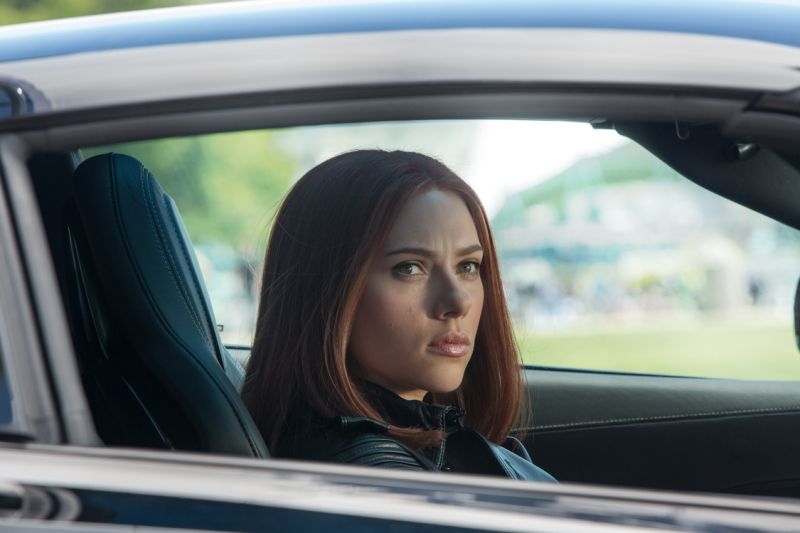 If you have ever watched The Avengers movies and enjoyed the thrill of watching the Black Widow character driving around at top speeds, you will be pleased to hear that it is Johansson herself performing those incredible car stunts. In a past interview with The Daily Mail, Johansson speaks out about the importance of actors performing their own stunts. “It is important people know that if you just hand over to the experts when the going gets tough, I don’t think you are fully embracing the part. I like doing stunts. Oh, sure, it hurts sometimes. But, I only do what I know I am capable of doing,” says Johansson. Her dedication to authenticity has produced some quality action films and we can’t wait to see what she will come out with next. 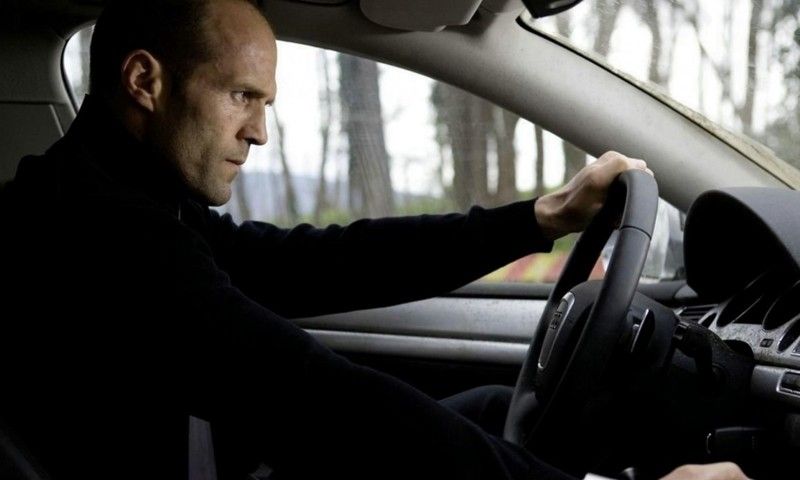 When isn’t there a top speed action movie that Jason Statham isn’t behind the wheel of? As if he wasn’t cool enough already, Statham was, in fact, a driver for the British National Team prior to his becoming an actor. So, when it came time to assume the persona for the characters of movies like The Transporter or The Mechanic, handling all of the automotive stunts involved in the films would have felt like an old hat to Statham. However, it is all the more impressive to know that those already cool action flicks contain stunts performed by the suave celebrity himself. We continue to anticipate each and every one of his upcoming flicks and remain avid fans of the celebrity who is so committed to performing his own stunts. 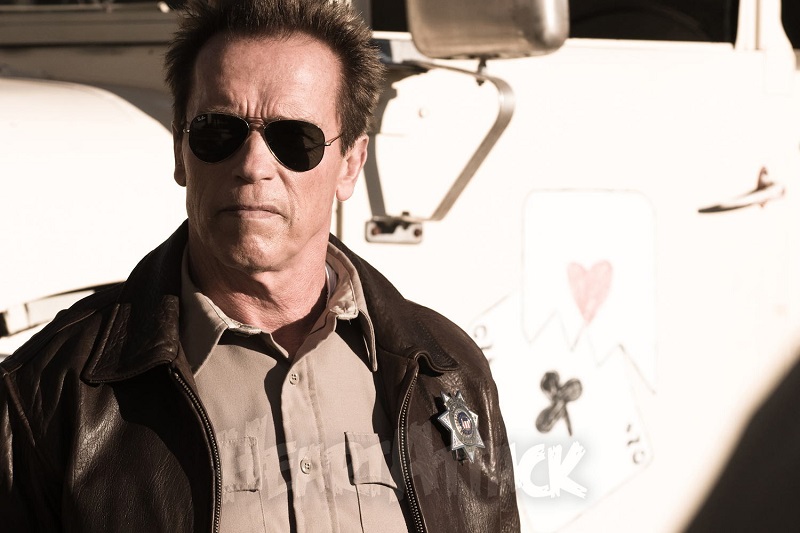 He may no longer be young, but Arnold Schwarzenegger is one actor that doesn’t let age get in the way of him performing his own stunts. At 64 years of age, he was driving Cameros in The Last Stand. And, according to his co-star Johnny Knoxville, the aging action star was not pleased to see how bad Knoxville was at performing his stunts. Seeing as Knoxville is over twenty years younger than Arnold, it is funny to think of Schwarzenegger out stunting him. But, we have a feeling Arnold would out stunt even some professionals.

If you think this classic iconic actor is a stunt extraordinaire, you will want to make sure you don’t miss number 10 on this list! 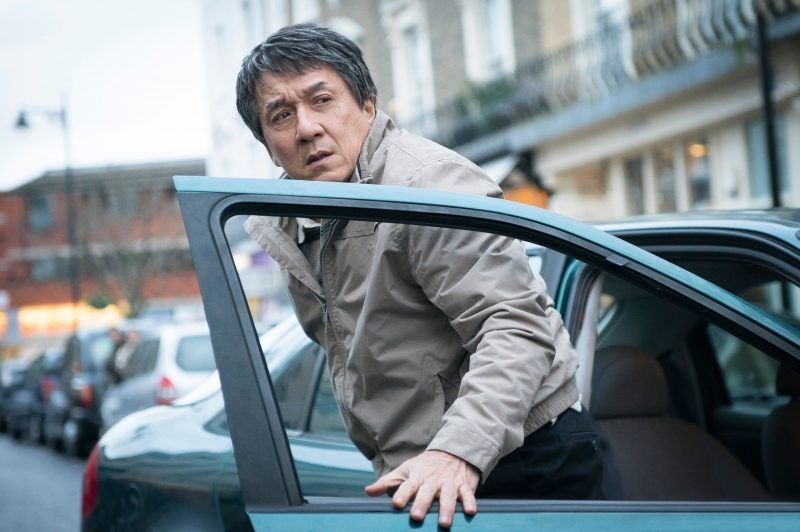 It wouldn’t be much of a stunt list if Jackie Chan wasn’t on it. The king of mastering his own stunts on screen, there are very few actors that can match Jackie Chan’s stunt work. Much of his work still remains among the most impressive ever attempted. Having formed the legendary Jackie Chan Stunt Team in the early 80s, Chan continues to employ dozens of highly-skilled stunt members. One of the few actors to become a stunt man, stunt double and stunt director, it seems only fitting that in 1999 he produced a documentary titled Jackie Chan: My Stunts. In this documentary, he walks viewers through a variety of stunts and provides tips for up and coming stuntmen. 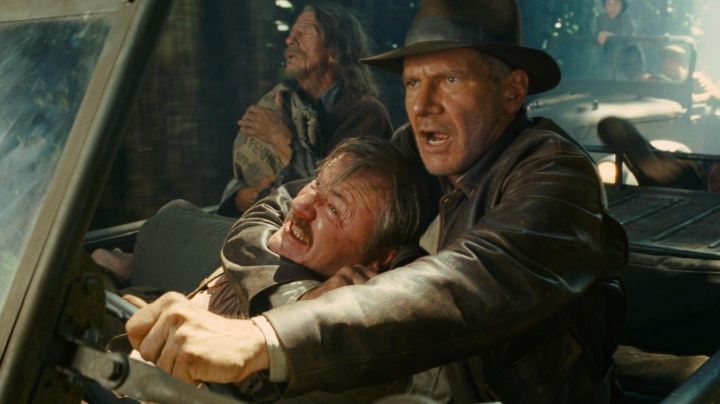 Like Arnold Schwarzenegger and Jackie Chan, this list would not be much of a stunt list if we forget to mention the other stunt legend: Harrison Ford. In the Indiana Jones franchise, Ford hung from helicopters, crashed cars into buses and performed a crazy list of insane stunts you simply won’t believe possible. Having trained himself to withstand even the most physically exhausting of stunts, Ford made sure he was prepared and ready to tackle anything Hollywood had to throw at him. The famous stuntman, Vic Armstrong, reportedly told Ford that if he kept doing all the stunts, stuntmen like him wouldn’t get paid! Like Schwarzenegger, Ford is one actor that doesn’t let age get in the way of a good stunt.