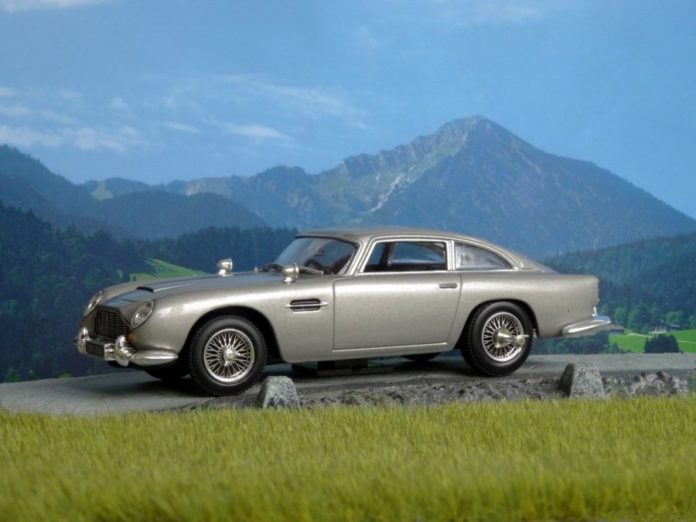 America’s love affair with cars on the silver screen goes all the way back to the 1927 film, The First Auto which told the tale of the transition from horse powered transportation to automobiles. Check out the 10 most iconic and expensive movie cars of all-time.

Back to the Future released in 1985, featured the 10th most iconic and expensive movie car of all time, Doc Brown’s (Christopher Lloyd) futuristic time machine, the 1981 DeLorean DMC-12. A popular summer blockbuster when it first came out, the mystique of the Back to the Future franchise has helped the DMC-12 to appreciate fairly significantly in value.

Marty McFly’s (Michael J. Fox) epic journey back to 1955 in the original Back to the Future movie is one of the most memorable moments of 1980’s cinema. The DeLorean, with a top speed of 110 mph with 130-horsepower was perfect for reaching the critical 88 mph speed necessary to time travel.

John DeLorean was only able to produce 11,000 DMC-12’s before his company collapsed in a ridiculous way involving a massive cocaine conspiracy charge . When it was released in 1981, the innovative DMC-12 was priced at $24,000. Today, a DeLorean goes for around $30,700, a decent 29% increase over its original price.

The 1977 Chevrolet `Camaro known as Bumblebee is an iconic movie car from the original Transformers movie. Starring Shia LaBeouf as Sam Wickity, Transformers set a high water mark for 1980’s inspired action driven by mind-bending modern special effects. The Transformers movie franchise has gone on to be one of the most successful of all time.

In the movie, one of the most memorable moments of action occurs when Bumblebee transforms from the original 1977 Camaro with iconic racing stripes into a new style one-off modern concept Camaro. The 2019 Chevrolet Camaro is the production release of the modern Camaro concept originally featured in Transformers.

8. 1977 Pontiac Trans Am from Smokey and the Bandit

1977 classic movie Smokey and the Bandit features two things prominently that America absolutely loves: muscle cars and beer. As the story goes, Bo “Bandit” Darville (Burt Reynolds) is recruited by Big Enos (Patrick McCormack) to drive Coors Beer from Texas to Georgia in 28 hours or less to thwart some state laws and ensure a truck show is well oiled.

The Bandit’s iconic ride, the 1977 Pontiac Trans Am Screaming Chicken helped the car become one of America’s most beloved muscle cars. At the time of the movie’s release the car was lagging in sales behind competitors like the Chevy Camaro and Pontiac GTO.

Many fans don’t realize that the actual car in the movie Smokey and the Bandit is actually a model 1976 Trans Am with a 1977 front end attached. Regardless, this car movie was popular enough to raise the price of a 1977 Screaming Chicken Trans Am up to $21,945, over 301% more expensive than the original price of $5,456.

1964 cult classic about higher education Animal House features one of the most well-known movie cars of all time. The jet-black 1964 Continental Lincoln transformed in the movie into the Deathmobile and hilariously thrown at an unsuspecting community has become extremely popular with collectors.

Animal House became the quintessential college movie and helped launched the National Lampoon crew into the upper echelons of stardom. That explains how the 1964 Continental’s original MSRP of  $6,292 has gone up by 34% to a 2019 average price of $27,867.

One of the most important supporting roles in the 1991 classic movie is without a doubt the 1966 Ford Thunderbird Convertible. That car is featured in one of the most iconic scenes of all time when Thelma (Geena Davis) and Louise (Susan Sarandon) drive it triumphantly over a cliff rather than be apprehended by law enforcement.

Without a doubt one of the most well known 1990’s movies, Thelma and Louise helped the 1966 Ford Thunderbird to enjoy a resurgence of popularity over the last 30 years. Originally priced at just $4,879, 53 year old 1966 Ford Thunderbirds now sell for an average of $35,736. A 630% increase in price after five decades is pretty good.

The Love Bug (Herbie) tells the tale of  a down on his luck race driver Jim Douglas (Dean Jones) whose best friend turns out to be his 1963 Type 1 Beetle. With Herbie’s help, Jim is able to become one of California’s most successful race car drivers.

Nostalgia can absolutely influence classic car prices. The 1963 Volkswagen Type 1 Beetle is considered extremely iconic and today commands a price of around $16,493. That’s about 931% more expensive than the ultra reasonable $1,595 it originally went for.

4. 1970 Dodge Charger from The Fast and The Furious

The Fast and the Furious movie franchise has set a high water mark for modern action packed car movies. The original movie starred Paul Walker as Brian O’Connor an undercover LAPD officer and Vin Diesel as Dominic Toretto, the leader of an elite smuggling crew and a top street racer.

The 1970 Dodge Charger that was Toretto’s most beloved ride has become extremely popular with collectors. In the original film, the Charger had been built by Toretto’s father and was a car so rugged, even the brazen thief and street racing king was scared to drive it.

In 2019, Ford released the Mustang Bullitt. A throwback to the original 1968 Ford Mustang from the movie Bullitt starring Steve McQueen. When the movie originally came out, it thrilled audiences with what was at the time the longest and most intense car chase scene ever captured on the silver screen.

It’s interesting because in some ways the 2000 remake of Gone in 60 Seconds was absolutely derivative being based on an extremely successful movie from 1974. One thing that was really unique about this Nicholas Cage tour de force of a car movie is the 1967 Shelby Mustang GT5000 that featured so prominently.

Known as Eleanor II, the car from Gone in 60 Seconds has become one of the most iconic and expensive movie cars of all time. With only 7 of the original 12 cars used in the movie surviving, it’s easy to understand why these have really gone up in value over the years.

James Bond’s original silver screen outing, Goldfinger remains one of the most iconic car movies of all time. The Aston Martin DB5 at the heart of it, with its advanced spy gadgetry, remains to this day, the most expensive movie car ever produced.

Remembered for its revolving license plate, ejector seat, exterior weapons, the DB5  was stylish and sophisticated. The perfect ride for Sean Connery’s gentleman spy, 007, James Bond.  Following its debut in Goldfinger, the DB5 would go on to be featured in Thunderball, GoldenEye, Tomorrow Never Dies, Casino Royale, Skyfall and Spectre.