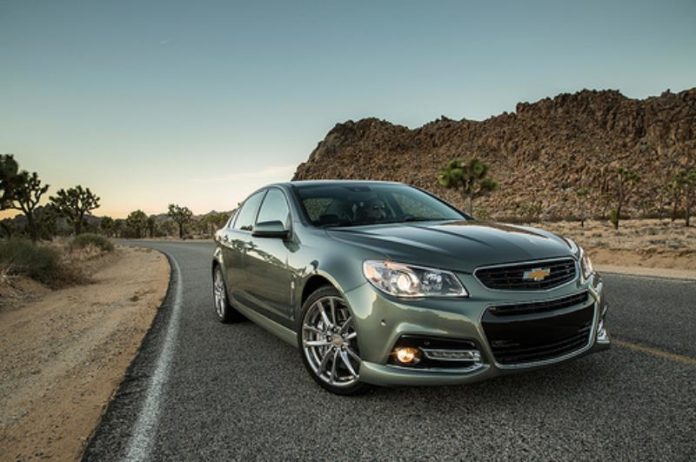 Many casual car owners would rather have a car that looks fast over one that actually is. People flock to tuning shops to turn their tame, 115 horsepower Toyotas into aggressive-looking beasts, with huge rear flap spoilers and imposing front grilles, and then gleefully rev them all over town looking for attention. Luckily the world is not yet doomed and some people still prefer substance over style. Here are 10 cars that only seem ordinary until you hit the gas pedal.

After a successful run in the 1960s and early ‘70s, the Mercury Marauder made a comeback in the early years of the 21st century. A sister of the Ford Crown Victoria Police Interceptor, the quintessential cop car that got outrun in every movie, the Marauder’s unimpressive looks and magnificent performance make is one of the most legendary sleeper cars out there. It was equipped with a beastly 4.6-liter V-8 engine capable of producing up to 302 horsepower that was also used for the 2003 Mustang Mach 1, and also featured enhanced steering and suspension. Only about 11,000 Marauders were made before Ford pulled the plug in late 2004 due to poor sales, but that didn’t stop it from becoming a sleeper car legend.

Everyone knows Lotus cars are fast and have exceptional handling, but this boring sedan that looks like a beat-up old Opel doesn’t seem to do justice to its logo. Watching it on the road, however, will definitely change your mind. It was manufactured between 1990 and 1992 and it was basically a Vauxhall Carlton GSi 3000 on steroids. Its engine is a twin-turbo, inline-6 with 377 horsepower and 419 pound-feet of torque, making this boring looking car reach 60 miles per hour from a standstill in about five seconds. Only 950 units were made, making the Carlton a rare find nowadays and an even bigger surprise for sports car drivers, as they see this old sedan breezing past them.

Imagine spending a lot of money on a new and powerful car, only to be overtaken by the freeway by a pointy-looking station wagon that looks like something your grandmother would drive. With a turbocharged engine capable of producing 222 horsepower, the Volvo 250 T-5R was a clear contender for the most surprising car on the road during its time and the contrast between its looks and its performance has only grown in the passing years. It was developed with the help of Porsche and its list of standard equipment is impressive for a car that came out more than three decades ago, with standard features such as ABS, traction control, or adjustable power seats that could save your favorite settings.

Just because a vehicle qualifies as a sleeper car doesn’t automatically mean it’s ancient. Launched in 2014, at first glance the Chevy SS looks like an ordinary modern sedan, but just one press of the gas pedal will instantly change that view. It was equipped with an engine worthy of a muscle car, a huge 6.2-liter V-8 that unleashed 415 horsepower and pushed the car to 60 miles per hour from a standstill in only 4.6 seconds. Aside from it being impossibly fast, all the perks of a modern vehicle were there, such as excellent steering, ventilated leather seats, and even an automatic parallel parking system. Being close to the price range of muscle cars means it didn’t sell very well and was shortly discontinued.

Dodge’s attempt at building a sporty compact car, the Neon looks more like an economic and reliable Asian vehicle with 85 horsepower than anything else. However, it’s what’s on the inside that counts, especially when it comes to sleeper cars. This tiny rocket packed 215 horsepower, provided by a turbocharged 2.4-liter inline-four, along with a light, stripped interior and race-tuned suspension. Of course, 215 horsepower doesn’t sound like much, but on such a small and light car it certainly leaves an impression. It was able to reach 60 miles per hour in only 5.6 seconds, meaning this little rascal could still leave most cars on the road behind. Unfortunately, it will probably spend more time in the shop, as the low build quality was one of the main reasons it was discontinued.