Automobile Fanatics
Home News This Crash is a Perfect Example of why SUVs are NOT Sports...

A street race in Chelsea, one of London’s high-end areas, resulted in a massive crash and more than half a million dollars in damage.

A security camera at the scene of the accident caught a Porsche speeding through the narrow street. Immediately after, an Audi Q7 SUV, trying to keep up, hit a speed bump, lost control and plowed into the luxury cars parked on the side.

The Audi hit the McLaren at a shallow angle, ripping the rear wheel and part of the drivetrain off. Then, it collided with the Porsche Cayenne, propelling it its own length back and onto the sidewalk.

The Q7 flipped upon impact, smashed the rear end of the Bentayga and continued rolling down the street, hitting a total of 11 vehicles and causing damage exceeding $600,000, according to reports.

Incredibly, everybody is alive. The driver suffered a serious head injury and has been admitted to a hospital, but walked out of the wreckage on his own. Thankfully, there were no pedestrians and all other cars were empty.

There are two key points we can extract from this story:

Real life is not Fast and Furious. There are no re-dos, and when you make a mistake, it has real consequences.

Some reports mention that the Porsche had previously hit the Q7 and tried to escape, resulting in the chase. This by no means excuses the actions of the Audi driver. In fact, it only demonstrates their total lack of rational thought.

You can clearly see the Porsche braking before the speed bump then accelerating down the street. The SUV didn’t slow down at all. The driver didn’t know his way around and either wasn’t paying attention or wasn’t able to react to the road ahead of him.

Regardless, he was confident about doing twice the speed limit in a residential area, with vehicles parked on both sides of the street.

We checked the footage. It looks like the SUV hit the McLaren at about 45 mph. We can only assume it was going faster before the speed bump. The limit in that area of London is 30 mph.

SUVs are not sports cars

Sure, they can come with more horsepower than a Corvette but that doesn’t make them any better in a dynamic environment, where inertia dominates all.

Each time you want to change the car’s direction or speed, you need to overcome its inertia which resists the change in momentum. Inertia is directly proportional to the mass.

That’s an average of 28.5% more force at the tires required for accelerating, braking or steering the Q7 versus the 911. And we’re not even talking about weight distribution.

The driver was going too fast and the moment he reached the speed bump it was already over. 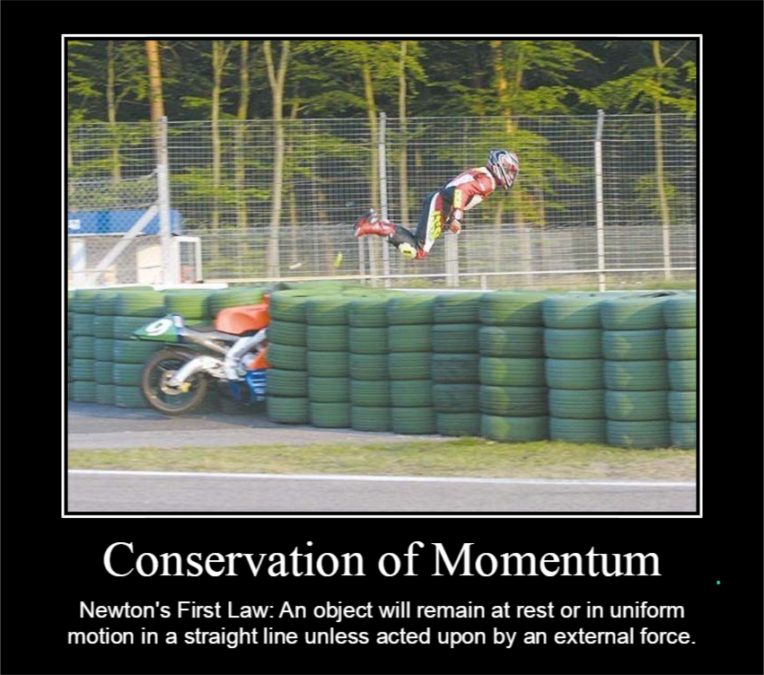 Jumping a car in a straight line is usually not that scary, as long as you keep the wheels straight. However, the two roads are at an angle and that makes all the difference.

Once you’re airborne you lose all control over the vehicle – steering, brakes, gas, none of it works, because the tires are not touching the ground.

So if you want to jump through a corner, you need to steer in the right direction before you hit the ramp. When you land, the vehicle will be in line with the road and with some good suspension and tires, you’ll continue on your way.

Unfortunately, the driver didn’t judge the angle or was too late. With that much mass pushing forward at 50-60 mph and little contact with the road, the SUV wasn’t able to correct its path and shoved into the parked vehicles.

Because they’re heavy and mostly designed for comfort, SUVs usually get a softer suspension. Combined with a high center of gravity, this gives them their characteristic boat-like handling with the body swaying back and forth, lagging behind what the wheels are doing.

After landing, the suspension stored a huge amount of energy and when it bottomed out, all of it rebounded back into the body, shooting the Q7 into the air, like a giant two-ton skipping stone.

It looks like the driver tried to recover, but due to bouncing up and down the tires couldn’t get enough traction to change the direction.

3. SUVs have a high center of gravity

SUVs are considerably higher for passenger comfort and have high ground clearance, so you could take them off-roading.

This puts their center of gravity a lot higher than any sports car, which is important because inertia can be considered as a single (fictional) force, pulling on the vehicle exactly at its center of gravity.

The higher the center of gravity, the more leverage inertia has to resist your actions. And when you’re going fast through a corner, it makes it easier to tip the car over.

That’s why you see so many SUVs rolling over, and you see it in the video as well.

The glancing impact with the McLaren and the overlap collision with the Cayenne rotated the Audi perpendicular to its momentum, similar to a sharp corner.

Combined with a high center of gravity, the momentum caused the Q7 to roll uncontrollably for the next 100 ft or so, mangling every car it came in contact with.

Despite what BMW is trying to tell you, sport SUVs, which the Audi Q7 certainly is not, are a sea of compromises. They’re faster than other SUVs and regular road cars, but not remotely as capable as an equivalent class sports car.