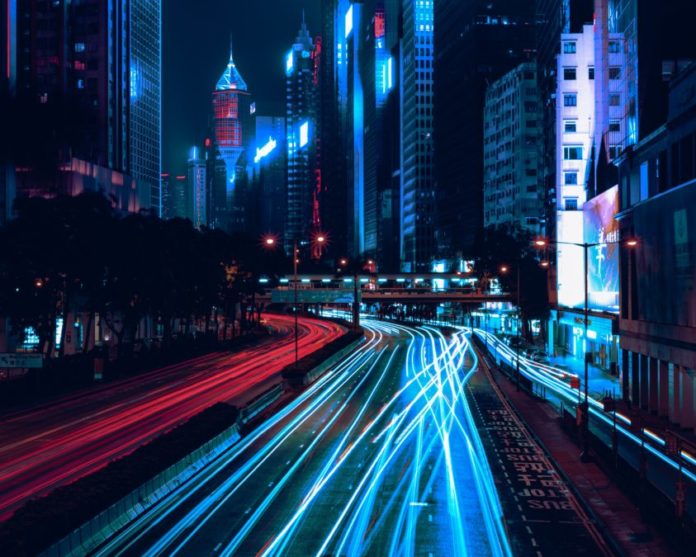 Self driving technology is accelerating at a rapid rate!

If you take a look at the global automotive industry, the massive push to invest in self driving technology seems like a clear sign of things to come…

Tesla CEO Elon Musk just announced that Fully Self-Driving Teslas would be a reality in 2019 thanks to the company’s Autopilot technology advances.

A report by Infiniti Research outlines the key benefits self driving technologies will soon offer drivers: 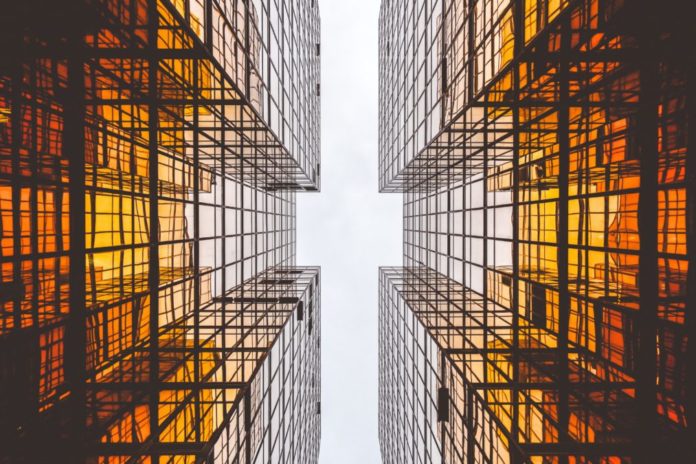 At the core of the global push to usher in the self driving revolution are the tremendous safety improvements that these new technologies have long promised.

“Right off the bat, the main goal is to reduce the number of accidents,” said Jill Sciarappo, senior director of strategy and marketing for autonomous driving at Intel to MIT’s Technology Review. “Many cars that have collision-avoidance technology today are demonstrating that they are safer than cars that don’t.”

Increasing safety is the number one goal of autonomous driving technology.

While many cars in the world today already feature advanced driver assistance systems (ADAS), as these systems improve, a cohesive global network infrastructure for electric autonomous vehicles is being laid out.

While customers are interested in learning about these new advancements they have not completely gravitated towards adopting these new technologies with the ease of more traditional driving systems. Still as the safety, security and utility of these systems increase, public perceptions and expectations will likely follow.

As ADAS systems become more sophisticated, the dangers associated with driving drop. There is a real expectation that in the near future, roadside fatalities could be a thing of the past.

According to the World Health Organization, in 2010 there were over 1.25 Million deaths globally associated with automobiles. This number accounts to one death every 25 seconds.

As important as on-speed safety, protecting against future threats such as hackers remain a key concern for automotive manufacturers. According to a recent report, the automotive cyber security market is expected to swell to as much as $5.77 Billion by 2025.

“We expect to see incremental developments towards full autonomy, where these building blocks are increasingly under the control of a central computer which assumes responsibility for driving the vehicles.”

Autonomous vehicles won’t be widely accepted until the public is in full support safety and security advances that these cars will offer.

To ensure safety, autonomous vehicles feature a wide variety of cameras and sensors which allow these cars to observe the roadside conditions they find themselves in.

Investing Heavily in an Autonomous Future

Some of the major global players deeply invested in the future of autonomous driving technologies are Ford, Volkswagen, General Motors, Tesla, Volvo, BMW, Mercedes and Honda.

These companies are joined by a group of self driving startups such as Zoox, Pony.ai, Drive.ai, Kache.ai, Aurora, EasyMile and Nio. 2019 will likely continue the trend of 2018 which increasingly saw the major players of the automotive world swallow up the unicorn startups jockeying to lead the way to a fully autonomous future. 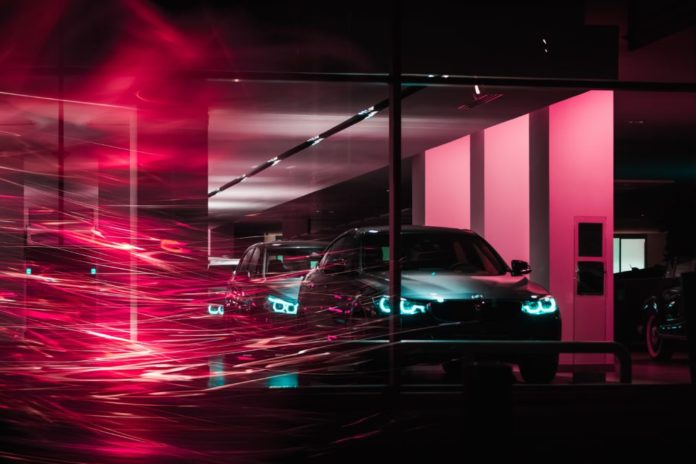 Self driving technology systems hinge on several key innovations of recent years in the development of: artificial intelligence and deep learning systems, cameras, network infrastructure, and sensor technologies such as radar, lidar, and laser-light radar.

Autonomous vehicles are classified according to the following system:

The goal of creating a fully optimized Level 5 autonomous vehicle remains the holy grail of this segment of the automotive industry.

Long a goal, this is finally becoming a reality for the world’s top automobile manufacturers.

As these advanced systems work in tandem, vehicles are able to safely navigate pedestrian traffic, move around other vehicles on the roads safely, stick to clearly mapped out routes, observe road patterns and traffic signals. Autonomous driving mapping technology of the future will create

Around the world, top companies involved in the future of self driving cars are jockeying to secure the human capital necessary to bring their visions to life. Advanced data science, robotics and artificial intelligence backgrounds becoming absolutely essential.

A research report  covering the global automotive artificial intelligence market found the market is expected to reach as much as $10.5 Billion by 2025.

Most of the AI hardware and software include a mixture of various technologies, which are used in various applications. The deep learning technology is expected to be the largest and the fastest-growing technology in the automotive AI market and is used in voice recognition, voice search, recommendation engines, sentiment analysis, image recognition, and motion detection.

For instance, Google is heavily investing in autonomous vehicles through its spin-off Waymo and has an active system integrated into its self-driving vehicle with the deep learning technology to detect pedestrians in different situations. 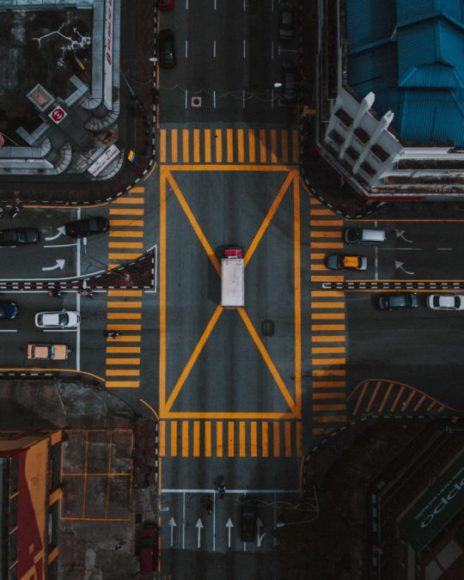 Connecting the International Network Infrastructure necessary to make it all Happen

Autonomous vehicles require rapid and consistent high speed connectivity between vehicles, on-road sensors and cloud based infrastructure. 5G wireless technology is expected to be a major benefit for improving the global network for autonomous vehicles.

There are several key terms used to describe the way autonomous vehicles communicate with the external environment.

The inclusive term is V2X, or vehicle to everything, which includes:

The autonomous driving revolution will require smart cities and grids of connectivity to be created which allow for transportation vehicles to be in constant contact with pedestrians, buildings, road signs and traffic patterns.

One of the most essential sensor technologies at the core of self driving technologies from all major  automotive manufacturers with the exception of Tesla is the LiDAR (Light Detection and Ranging).

LiDAR sensors are utilized by most autonomous car producers to allow these vehicles to create realistic 3D depictions of the world around them. LiDARs work by sending out a pulsed laser signal. As this signal makes contact with features of the external environment, a real time 3D map is created which allows autonomous vehicles to understand where they are in relation to other objects on and near the road.

Often referred to as 3D Laser Mapping Technology, LiDARs are currently one of the most important components of any autonomous driving project. The market for these sensors is absolutely booming internationally as evidenced by the recent market research report published entitled Global LiDAR Market Overview:

Some of the top global producers of LiDAR technologies are:

The Race is On

Former Ford CEO Mark Fields has stated that Ford plans to have a level 4 vehicle by the year 2021 with “no gas pedal, no steering wheel, and the passenger will never need to take control of the vehicle in a predefined area.”

Volvo plans to roll out a fully autonomous car the same year.

“Increasing levels of capabilities starting from driver assistance to eventually fully autonomous will be deployed in progressive stages, as the markets warm up to autonomous capabilities, the price points drop, and the technologies mature,” Sumit Sadana told the MIT Technology Review.

Elmar Frickenstein, BMW’s soon-to-retire senior vice president for automated driving, expects the company to produce level 3 cars by 2021 but could even deliver cars with level 4 or 5 capacity by then. And in 2017, BMW announced it would collaborate with Intel and its subsidiary Mobileye to work on autonomous-vehicle development.

Continued advancements in the technology and widespread acceptance of their use will require significant collaboration throughout the automotive and technology industry.

Jill Sciarappo told MIT’s Technology Review that there are 3 keys to driving consumer acceptance of autonomous driving technology:“Number one: ADAS features need to become standard. Number two: there needs to be an industry wide effort to figure out how to measure and test the technology and its ability to avoid accidents and put us on that path to that autonomous future,” she says. “Number three: policymakers need to get on board and help figure out how to push this technology forward.”