Automobile Fanatics
Home News Framing John DeLorean: The True Story of an Iconoclast Who Paved the... 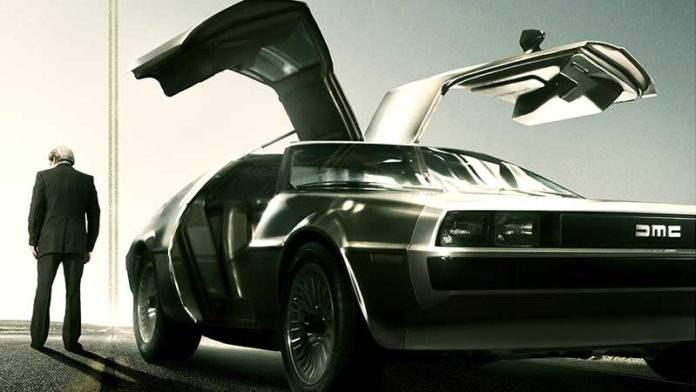 John DeLorean and Elon Musk share a similar DNA: each visionary and bold, unwilling to compromise, and dedicated to the kind of experimentation that drives innovation. New documentary Framing John DeLorean brings the late DeLorean Motor Company’s founder to life in a vivid and uncompromising way.

John DeLorean is truly the kind of personality deserving of a Hollywood story. Long before the engineer, inventor, and entrepreneur passed away in 2005, various production companies had jockeyed to bring his larger than life story to the silver screen.

Just consider the facts: a former General Motors mastermind and self-described “inventor of the muscle car”, leaves to found the futuristic DeLorean Motor Company.  Produces car which becomes international icon thanks to the Back to the Future movies. Gets caught up in massive cocaine conspiracy trial, is filmed calling “cocaine better than gold” all while trying to save his beloved company and subsequently losing it all. Now, that’s some truly wild source material.

?? As part of a promotion with American Express in 1980, the DeLorean was featured on the cover of the American Express Christmas catalog. A limited edition of no more than 100 DeLoreans, with 24-karat gold plating, were offered at $85,000 each though only two were sold through this promotion. #80s #80scars #80sfashion #delorean #synthwave #retrowave #outrun #miamivice #vicecity #80sdesign #retrocar #80srock #nostalgia #vintage #aethetic #vaporwave #1980s #the80s #80sbaby #cars #gm #backtothefuture #80sclassic #retrofuture #80sstyle #80smusic #80skid #classiccar

Consider the way John DeLorean’s son describes his father’s epic fall from grace in the trailer for the movie:”It’s got cocaine, hot chicks, sports cars, bombed-out buildings, Margaret Thatcher, Ronald Reagan, FBI agents, and hard-core drug dealers.” It really is easy to see how Tesla, Inc. CEO Elon Musk just might be the direct result of the entrepreneurial ethos DeLorean established so many years ago.

Framing John DeLorean is a 2019 American feature length film which is being described as a documentary reenactment of historic events directed by Don Argott and Sheena M. Joyce. The Directors are previously known for The Art of the Steal and Batman & Bill. The film stars Alec Baldwin, Morena Baccarin, Josh Charles, Dean Winters, Michael Rispoli and Jason Jones. The film was produced by XYZ Films and 9.14 Pictures and released on June 7, 2019, by Sundance Selects. 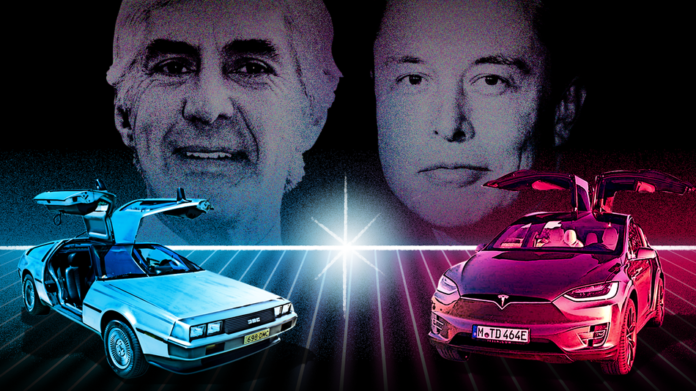 Elon Musk has had a roller coaster ride to the upper echelons of America’s startup scene to emerge as a true tech wunderkind and thought leader. Like DeLorean, it has taken Musk a decent amount of time to reach widespread acceptance of consumers. Fortunately, for Tesla it seems better day, mass market appeal, and profitability are just around the corner.

Along the way, the man known has Elon Musk been closely associated with Hollywood starlets and pop stars like Amber Heard and Grimes. He’s famously smoked marijuana on air during the Joe Rogan Experience, been associated with the use of hallucinogens like LSD. And despite frequent battles with the SEC, bombastic social media driven tirades and  mounting questions from investors, has managed to create that special John DeLorean style hype.

To be fair, John DeLorean was never able to manage the kind of sustainability that Musk has achieved. The DeLorean Motor Company, founded in 1973, was only ever able to release a single vehicle before shutting its doors: the iconic DMC-12, known by many simply as the DeLorean. By 1982 and after a somewhat agonizing 9 years of business behind him, John DeLorean’s life came crashing down with a federal drug bust and charges for cocaine trafficking.

As the story goes, DeLorean had been unable to recoup a $175 Million loan he had been offered to support the production of the wing-doored DMC-12. Unfortunately, when a neighbor, known as John Hoffman attempted to get DeLorean involved in a 220 pound cocaine drug deal worth an estimated $24 Million, things immediately went from bad to worse.

While Elon Musk has not, to date, been involved with such a large scale criminal case, few with intimate knowledge of his past would have trouble believing that he could be involved with something like that. And as a result, Framing John DeLorean might arrive at just the right moment for those closest to the Tesla, Inc. CEO to remind him how far he has come and how much is at stake. 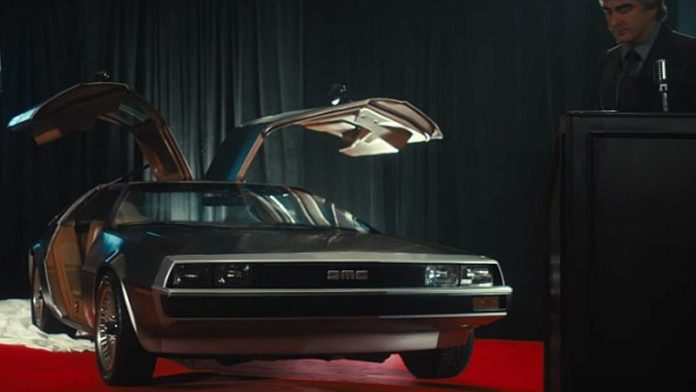 Framing John DeLorean: A Car Movie to Check Out

To date, Tesla, Inc. has been able to disrupt the entire international car industry and excite the imaginations of dreamers around the world. As anticipation for new versions of the Model S, Model X, and Roadster have grown, the company has been able to drive game changing sales of its Model 3. Tesla just might be on its way to its best year ever and there has never been a time when the company had more to gain, or lose.

In 1985, when the original Robert Zemeckis film Back to the Future came out, it made the DeLorean a household name, vastly increasing the popularity of the car. Nonetheless, it was not enough to help save the company, which had only produced 9,000 DMC-12s to begin with. DeLorean certainly had a lot of supporters, but unfortunately he was unable to realize his vision of creating a truly new kind of American car company.

No doubt a cautionary tale with more than a passing allusion to Icarus, who against the wishes of his father, decided to fly just a bit too close to the heat of the son, Framing John DeLorean is nothing if not an amusing car movie that dwells from a rich American automotive mythology.

Check Out this Theatrical Trailer for Framing John DeLorean: