The Lexus LC line of vehicles debuted in 2016, replacing the prior SC line that was eliminated in 2010. The series is known for having an incredibly smooth ride and has been the basis for super GT cars like the GT 500. Lexus has also used the line as a proving ground for hybrid-electric driving with the LC 500h. It has been a reliable and stunning fleet of vehicles since its inception – but one that has perhaps lacked a bit of flash. 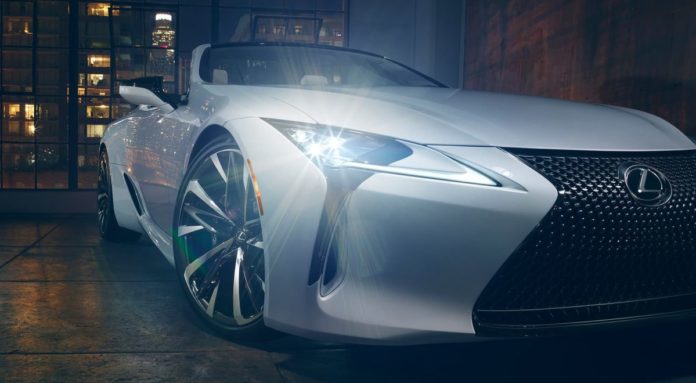 Beyond the loss of the roof, the LC convertible is very similar to the hardtop model. Interior and seats are covered in sleek white leather, while unique 22-inch wheels  give the car a sense of style and class. The dashboard remains asymmetrical and the stitching on the leather looks high-quality and incredibly intricate. The company’s goal with the LC convertible concept is to create an expression of ultimate beauty – and while flowery prose like that may not fit every car, it does fit this one well. 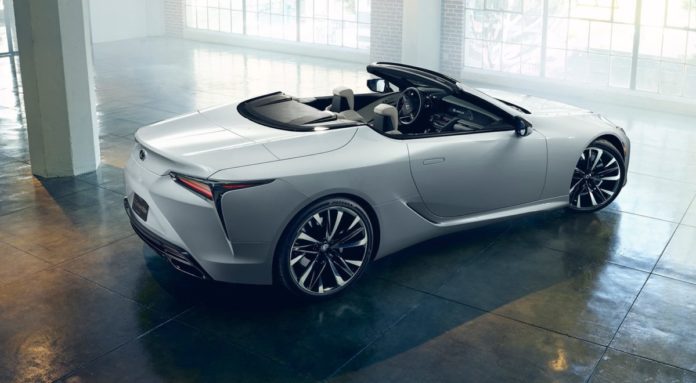 The debut video shows off just how much effort has been put into the smallest details of the interior. Every part of its design appears to be meticulously-crafted. Switches and buttons look high-quality, while yellow accent stitching adds a small splash of of color to the white leather trim. It’s just enough color to breathe life into the design without taking away from the overwhelmingly-white appearance. 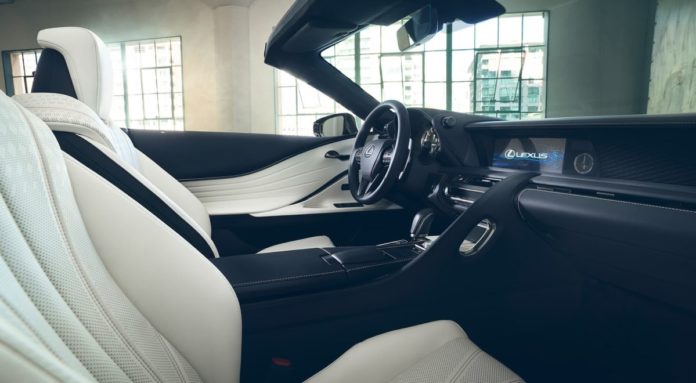 A lot of effort has gone into creating this car, but there are no plans for a full production run yet. Chief designer Tadao Mori stated that a production version would dazzle people with its dynamic lines and powerful engine. Given how excited he is about the car as a whole, hopefully it does wind up getting a production run down the line.