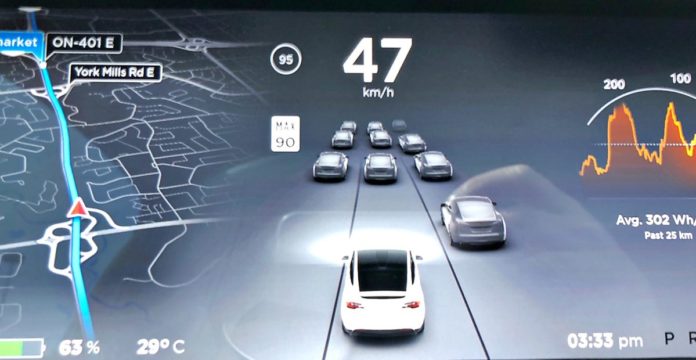 Alexey Tretyakov was driving home with his two children the evening of August 10. On the 41st Kilometer of the Moscow Ring Road, his Tesla Model 3 crashed with a tow truck servicing another vehicle stopped on the road. Tretyakov, the General Director of Arikapital Management Company has confirmed he was using the Tesla Autopilot driver assistance system at the time of the accident.

Citizens captured stunning video of the accident which led to Tretyakov’s Tesla Model 3 catching on fire and exploding. The crash led to Tretyakov suffering a broken leg while his children received a concussion and minor bruising.

At the time of the accident, Tretyakov’s Tesla had been driving at 62 miles per hour. Moscow Law Enforcement officials described Tesla Autopilot was responsible for the crash. They claim the system did not notice the danger posed by the tow truck.

This is not the first time Tesla cars running Autopilot have crashed into vehicles stopped on highways.

There were previous accidents involving Tesla vehicles on Autopilot crashing into stopped or stalled vehicles on the highway. In January 2016, a Tesla Model S being driven by a 22-year-old man in Hong Kong crashed with a street sweeper.

In May 2016, 45-year-old Joshua Brown died when his Tesla Model S running autopilot drove under an 18 wheeled semi-truck. The roof of Brown’s car tore off in the accident. At the time, the accident was reported as the first Tesla Autopilot crash recorded.

This is my dream car to be honest what’s your dream car??? Credit to: @advancedcartravel

Tesla Autopilot’s principal functions: Autosteer, Automatic Lane Changes, Navigate, and Summon have been called the most advanced driver assistance tools available. Tesla Navigate has been cited as a major breakthrough in the company’s push towards fully autonomous driving capability.

In February 2019, Tesla moved Navigate to its Full-Self Driving System. Before this switch it was only a part of Tesla’s Enhanced Autopilot System. Since being rolled out to more drivers, Tesla Autopilot has been demonstrated to perform a variety of very complex driving functions well exceeding typical driver assistance tools.

Impressive work by NoA yesterday in my Model 3. Didn’t know it could handle construction without lane lines. pic.twitter.com/2mt4csDa1z