Porsche E-Performance is not an afterthought or response to regulatory pressure. Instead, Porsche’s electro-mobility division is now the company’s focus and pathway to the future. Building on the Mission-E concept studies and 88 year long history, Porsche E-Performance, delivers stunningly powerful cars that are more sustainable than ever before.

The Porsche Taycan, the company’s first fully electric vehicle will make its official international debut at the Frankfurt Motor Show, September 14-24, 2019. The 2020 Porsche Cayenne Turbo S E-Hybrid arrives early next year, but already is confirmed to be the sportiest variant of the SUV yet. It joins other plug-in hybrid electric vehicles in the Porsche product line such as the Panamera 4 E-Hybrid.

It’s an exciting time to watch Stuttgart, Germany-based automaker Porsche dedicate itself to new technologies. Electro mobility is here and Porsche refuses to take a back seat.

“From here on, we hope to make the highest performing, top model of a given Porsche product lineup a hybrid.”

The 2019 model managed an aggressive 541 HP. The new 2020 Cayenne Turbo S E-Hybrid ups the ante to 670 HP and 633 pound feet of torque. This newest Cayenne further blurs the line between a sports car and SUV deciding instead to be the best of both

Porsche designed the Cayenne Turbo S E-Hybrid following a similar game plan to the one the used with the Panamera Turbo S E-Hybrid. Instead of using the 335-hp turbocharged 3.0-liter V-6 from the normal Cayenne E-Hybrid, a 541-hp twin-turbo V-8 powers the Cayenne Turbo. The 4.0-liter V-8 is enhanced by a 134-hp electric motor housed between the engine and eight-speed automatic transmission.

The 2020 Porsche Cayenne Turbo S E-Hybrid is capable of many things. It can drive up to 83 mph as a fully electric car. It can run on the power of gasoline. It can also be the best of both worlds as a hybrid.

A 14.1-kWh lithium-ion battery and 7.2-kW onboard charger allow the Turbo Cayenne to complete a full recharge in two-and-a-half hours when connected to a 400-volt service with a 16-amp circuit. 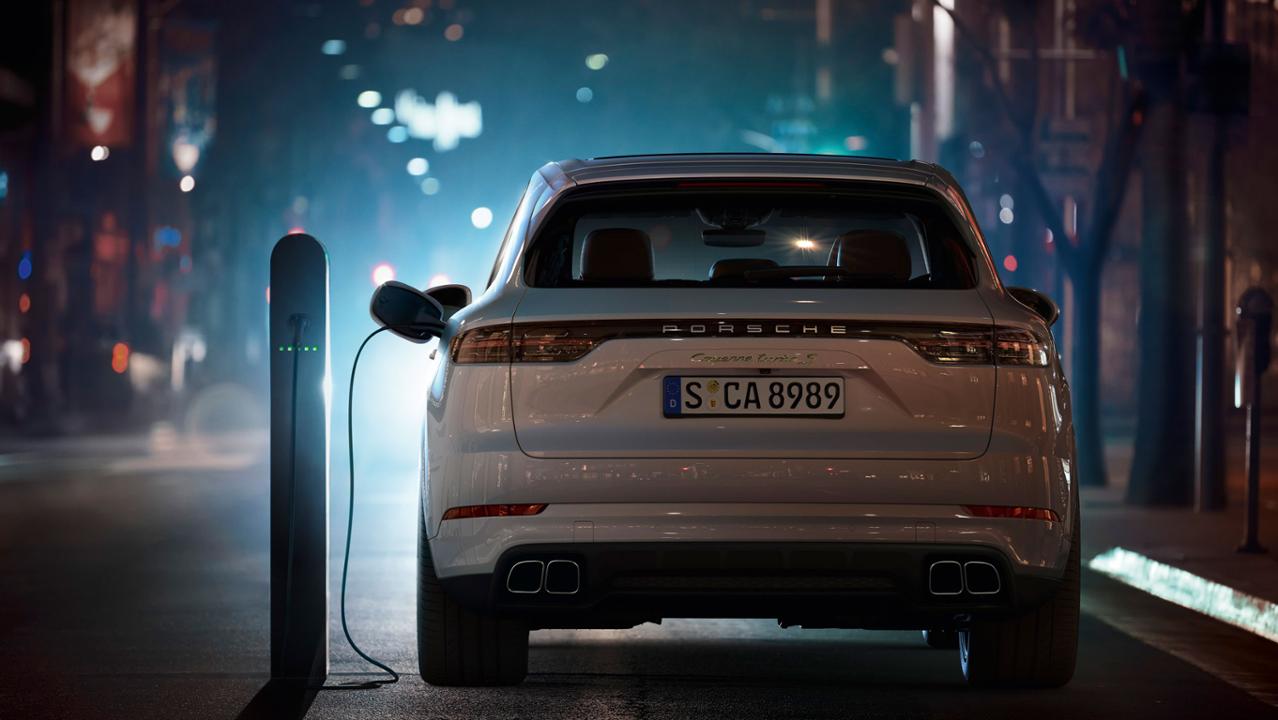 The Sportiest Cayenne Yet: Now a PHEV

The Cayenne Turbo S E-Hybrid SUV and Coupe are quick and nimble cars to drive. Their electric motors provide a powerful 295 pound feet of torque as soon as they are engaged. This, coupled with the power provided from the traditional ICE engine leads to an intoxicating feeling of power.

Porsche claims the newest member of the Cayenne family is capable of an official 0-60 mph acceleration time of 3.6 seconds.